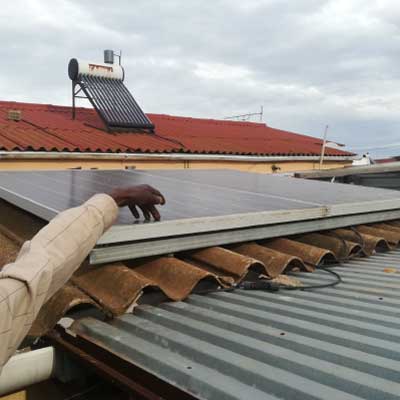 The Climate and Energy Justice Campaign focuses on a just energy transition from a dirty, fossil fuel based energy system to one that means clean and accessible electricity, owned by people.

GroundWork works with community groups to analyse and understand the impacts of South Africa’s dirty energy regime from the giant coal-fired power stations and the intensive industrial users to the homes of people who have limited or no access to electricity and who consequently burn dirty fuels indoors.

Under the title of energy sovereignty, the campaign will explore democratic, sustainable and fair alternatives to the elite energy system.

The world is in crisis. The ecological crisis is globally debated through the lens of climate change; the energy crisis is understood through peak oil and the depletion of other fossil fuels. As the global hegemony of the United States weakens we have growing global political and economic instability. The crisis needs a global governance solution that is rooted in democracy and community dialogue that places pressure on national and global leaders to be accountable to the people they claim to represent.

Global temperature rise is now about 0.85˚ Celsius (C). By 2020, global temperature rise will have exceeded 1˚C. In Africa, temperature rises at 1.5 times the global average and already exceeds 1˚C. As peak oil is reached and energy prices soar, the search and utilisation of heavily polluting unconventional fossil fuels, such as coal, tar sands and gas fracking, increases. Politically, there are clear patterns of troubled democracies in oil rich nations, where oil has been a curse often fuelled by corporate interests and strong global governments who seek to entrench their global influence for resource capture.

Climate change is a reality that is already impacting on the African continent in an ever increasing manner. groundWork understands that this ecological crisis is part of the broader political and financial crisis and seeks to respond to climate change from an energy justice perspective.Therefore, the broader campaign seeks to engage people in a dialogue on climate and energy policy and help sustain and grow the climate justice movement.

ECEN has worked with allies in Climate Justice Now! South Africa (CJN!SA) to support a process of mobilising towards the Global Day of Action that happens during the annual Conference of the Parties (CoP) under the United Nations Framework Convention on Climate Change (UNFCCC). This work with allies is also about creating a common strategy towards sustaining a people’s assembly on climate and energy as a counter-narrative to the failing UN climate negotiations. As well as interrogating South Africa’s climate policy, groundWork will coordinate a process to monitor the role of the BASIC group in the climate negotiations.

South Africa’s apartheid regime was dependent on the cheap extraction of coal, to provide cheap energy for the export focused mining industry. This has been Eskom’s – the South African para-statal energy utility – mandate ever since 1928. South Africa is the 11th largest emitter of greenhouse gases globally, producing 42% of Africa’s carbon dioxide. What this means is that industry, commerce and transport consume about 75% of all energy produced in South Africa, and in particular BHP Billiton, the multi-national mining giant, consumed 11% of South Africa’s electricity produced in 2006 at below cost price.

Whilst residential use in South Africa accounts for only 16% of electricity consumed, most is used by the richest 40% of the population, whilst 20% of South Africans are ‘energy poor’, without access to electricity. An estimated four million homes burn coal, paraffin and biomass indoors.

The pollution from South Africa’s energy system results in a R4 billion health cost to the state and a loss of nine working days per worker each year. Residents pay up to seven times more for their electricity than major corporations. 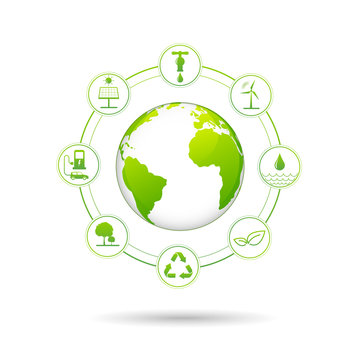 The South African government has gone to the world’s financial institutions to expand their carbon economy. These include loans of more than 5 billion US dollars from the World Bank and the African Development Bank (with European support), and recently 800 million US dollars from the Export-Import Bank of the US. This is to build Medupi and Kusile, two of the world’s largest coal-fired power stations, further entrenching South Africa’s coal economy, adding up to 70 million tons of carbon dioxide per annum produced by South Africa, and increasing the global impacts of climate change. This will place strain on the South African economy and especially the poor as Eskom seeks to service this debt over the next decades. If Eskom was serious about energy poverty and provided all its customers with the mandated 200 kilowatts per hour free basic electricity, South Africa would only need 17% of Medupi’s capacity and would not need Kusile at all.
South Africa is a powerful African global role player. Disappointingly, it has not using this power to secure a fair climate and energy deal for Africa globally. South Africa was at the table when the Copenhagen Accord was undemocratically agreed upon between the US, Europe and the (Brazil, Russia, India and China) BRIC countries, making mandatory reductions proposed by the Kyoto Protocol unlikely.