March to the High Court

On Monday the 30th May-01 June 22, is the big court date in terms of Seismic Surveying along the Wild Coast. And it’s all going down at the High Court in Bird Street, in Gqeberha.

This is the full review of the original granting of the rights to Shell/HCI to conduct seismic surveys.

The Eastern Cape Environmental Network (ECEN) have organised a protest march from the corner of Donkin Street and Athol Fugard Terrace to the High Court in Bird Street.

Join the Movement to protect our seas

Environmental activists, organisations and concerned citizens are again standing in solidarity with coastal communities to boycott and protest against Shell and Impact Oil and Gas during the second (Part B ) High Court hearing of the urgent interdict brought to stop the planned seismic survey along the Wild Coast.

Please see ecen events page for the many scheduled events.

We will boycott Shell outlets, march to the High Court and hold beach protests. We chose the Southern Sun as one of our targets, because its majority shareholder Hosken Consolidated Investments (HCI)[2] owns 49% in UK-based private oil and gas firm Impact Oil and Gas, which in turn holds a 50% stake in the Wild Coast offshore blocks through its subsidiary Impact Africa Ltd. The remaining 50% stake is owned by operator Shell.

We will gather at the Southern Sun Waterfront, 1 Lower Buitengracht St, on Saturday, 28 May, at 11am, to protest against Shell and its black economic empowerment partner (BEE) Impact Africa Ltd’s planned seismic survey[1] off our Wild Coast. TotalEnergies from Paris is also using Impact for its local partner off the Atlantic Coast.

The ruling in December – reinforced in four other court decisions in subsequent weeks – was a major victory for South African environmental activists and small-scale fishing communities.[3] It marked the culmination of several months of nationwide protests and a huge public outcry against offshore oil and gas exploration in one of South Africa’s biodiversity hotspots.

The judge found that the firms had failed to undertake a meaningful public consultation or an adequate environmental impact assessment. He ruled that there was a real threat of irreparable harm to marine life and a negative impact on small-scale fishers’ livelihoods. We also insist that any impact assessment takes the climate catastrophe seriously, especially because of the massive human and infrastructural destruction witnessed on April 11-12 in KwaZulu-Natal, due to a “Rain Bomb” attributable to climate change.

But the court interdict is only temporary – the oil firms still have the license to explore and exploit our beautifully pristine Wild Coast, which houses many endangered and protected marine species as well as four Marine Protected Areas (MPAs).

This is why we demand that the judge enforce our constitutional right to have the environment protected from pollution, greenhouse gas emissions, and ecological degradation by prohibiting these oil firms from continuing with their offshore exploration activities.

A seismic survey involves firing high-powered compressed air guns towards the seafloor to assess petroleum deposits beneath the soil by measuring the reflected sound. A growing body of evidence has shown that these surveys have wide-ranging harmful impacts on marine creatures that are immediate and long-lasting.

Marine mammals such as whales and dolphins rely on sound to navigate, communicate, feed and breed, so they are acutely sensitive to acoustic disturbance. There is substantial scientific evidence that seismic blasting can disturb essential behaviours and result in tissue damage, concussion, irreversible hearing loss, organ rupture and mass stranding. It also kills whales’ primary food source krill, as well as plankton that forms the basis of the food chain on which all marine life depends.

Seismic surveys have been linked to decreased sightings of marine life and lower commercial fishing catch rates. A Namibian government-commissioned study found an 84% decline in tuna catches over a two-year period up to 2013 due to an increase in seismic activity in the Orange River Basin.

In January, the Scientific Advisory Group on Emergencies (SAGE), alongside the Academy of Science of South Africa (ASSAF), issued an advisory[4] in which they state clearly that “there is a real threat that marine life would be irreparably harmed” if seismic surveying is to continue along South Africa’s coastline.

Also, any competent environmental impact assessment must include the Social Cost of Carbon which per tonne is now measured by climate scientists at more than R47 000/tonne.[5] We estimate that the gross (before-cost) revenues from what Impact claims will be “in excess of 4 billion barrels of recoverable oil or gas” to be R2.3 trillion. However, the climate costs would be R51.2 trillion, a factor more than twenty times higher than gross revenues. We challenge Impact to consider the damage that its alliance with Shell will do to future generations, in simple cost-benefit terms.

The public consultation process was deeply flawed. Stakeholders, such as 78 small-scale fishing cooperatives in the Eastern Cape, were not notified or consulted when the exploration right was renewed for a second time recently.

The Wild Coast’s pristine beaches and biodiversity attract millions of tourists every year. The planned seismic survey and any future exploration pose a grave risk to fishing and the tourism industry.

ANC politicians argue that finding gas resources off-shore will ensure energy security, create jobs and boost the economy. But the truth is that the ANC government is deeply vested in Shell’s planned survey and exploration. Its investment arm, the Batho Batho Trust, owns a 47% stake in the Thebe Investment Corporation, which in turn owns 28% of Shell Downstream SA.

Another conflict of interest within the ruling party is that HCI’s leader gave R2 million to the CR17 presidential campaign of Cyril Ramaphosa.[6]

Currently, almost the entire area of South Africa’s offshore territory is under lease[7] for oil and gas exploration. But while the South African government’s Operation Phakisa is pushing ever harder to secure domestic gas supplies, South Africa’s main trading partners are moving away from fossil fuels.

That means a “Carbon Border Adjustment Mechanism” climate sanctions penalty will be imposed by Western economies on South African exports, making them uncompetitive, if Eskom uses 44% of its current so-called “Just Energy Transition” to import Shell-Impact’s methane gas into the grid (as is planned). [8]

Methane is 85 times more potent than CO2 over the critical next two decades due to leakage in exploration, extraction, storage, transport and combustion. So any claim by Impact that gas is a “bridge” or “transition” fuel is out of touch with scientific evidence.[9]

Moreover, any new gas infrastructure that Shell-Impact and the South African state invests in, will soon become White-Elephant “stranded assets” as more urgent crackdowns on greenhouse gases necessarily proceed, with South Africa running the risk of becoming a rogue economy.

In May 2021, the International Energy Agency (IEA) concluded that expanding fossil fuel exploration must end and that no new natural gas fields were needed beyond those already under development.[10] If we are to remain below the 1.5°C limit and prevent catastrophic climate change, it is essential that South Africa ends our long-standing fossil fuel addiction dating to colonialism and apartheid.

Do Impact’s main partner Shell – as a corporation and with notorious managers – meet the criteria of “fit and proper” to do business of this sort in South Africa? Hosken Consolidated Investment has been charged by the government with BEE fronting.[11] And the criminal destruction that Shell left behind in the Niger Delta[12] shows that it does not care about the well-being of the communities and local ecologies affected by its activities.

Its promise that exploration and extraction in South African waters will create permanent employment opportunities for local citizens is typically exaggerated, and Impact’s own hiring of only a handful of South African workers during the 2010s is revealing.[13] Most of the profits will be syphoned off by foreign investors, leaving Wild Coast residents with a ruined marine ecosystem and even fewer jobs.

Shifting to renewables has more potential to create jobs in the near and medium term than pursuing non-renewable energy sources, as shown by a 2021 report[14] by the World Resources Institute. Under a 1.5°C compatible global pathway, the renewable energy sector could account for 38 million jobs[15] by 2030, according to the International Renewable Energy Agency (IRENA). The jobs created by renewable energy are also uniquely suitable to be rolled out across rural areas, as outlined in this academic research article.[16]

The government’s free license to oil and gas firms to exploit our oceans undermines its Paris climate agreement commitments. It also contradicts its pledge at the recent UN Cop26 climate summit in Glasgow to accelerate its transition to a low-carbon economy – and leave fossil fuels (especially Mpumalanga coal) unexploited – in return for R131bn ($8.5bn) in climate funding.

South Africa is warming twice as fast as the global average,[17] which makes the current ANC administration’s strategy even more deplorable. If the government was really committed to a just energy transition, it would encourage renewables uptake rather than increase South Africa’s reliance on fossil fuels while at the same time denying indigenous coastal communities their rights to the ocean.

The recent devastating KwaZulu-Natal floods in which nearly 500 died and more than 27,000 houses were destroyed or badly damaged, affecting 87 000, is a stark warning of the catastrophic consequences that South Africa faces if we refuse to wean ourselves off fossil fuels.

We stand with the communities most affected by corporate greed and the climate emergency, and we demand that the government immediately abandons its plans for offshore oil and gas extraction.

Should you wish to donate in aid of legal fees for the case please click here.

[3] The case was won by Sustaining the Wild Coast as well as the Amadiba, Dwesa-Cwebe, Port Saint Johns and Kei Mouth fishing communities, represented by Richard Spoor Attorneys and the Legal Resources Centre. 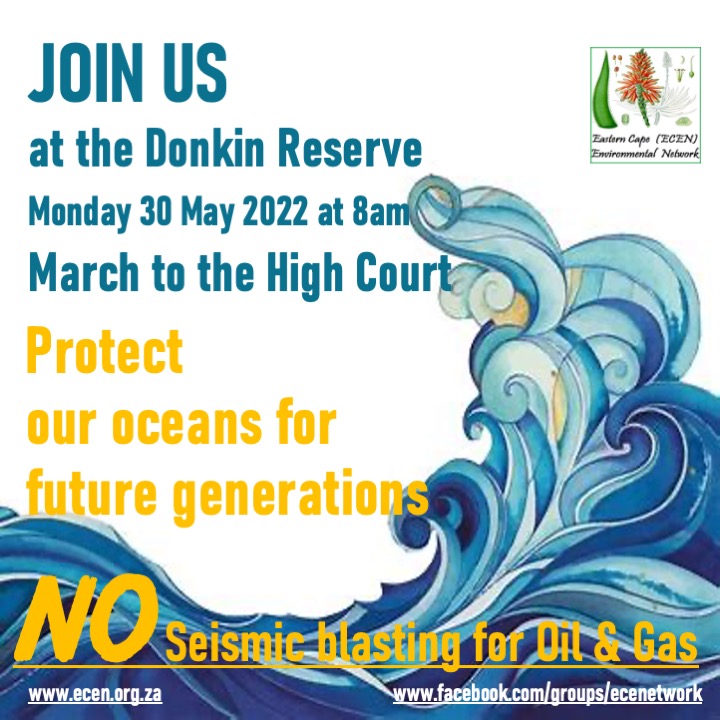 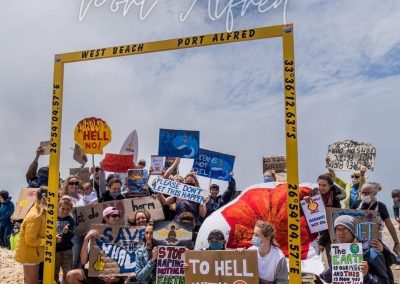 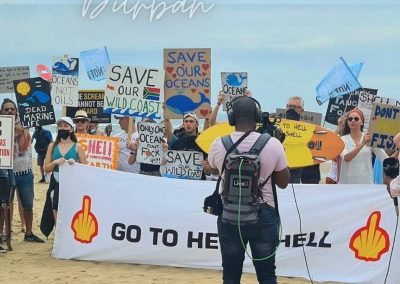 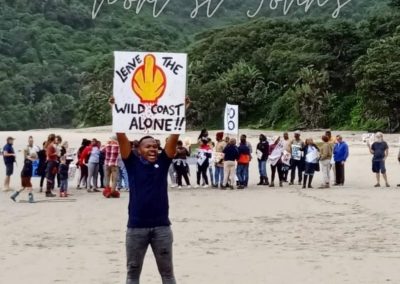 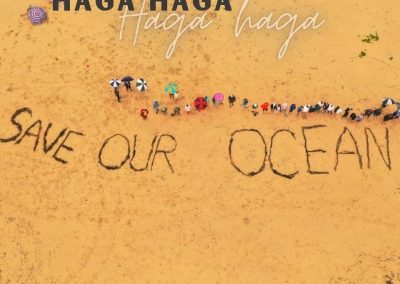 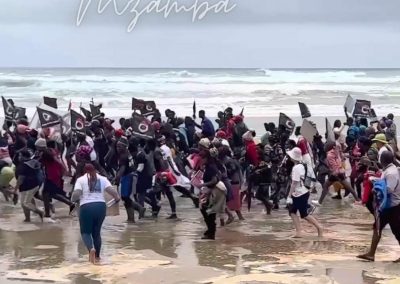 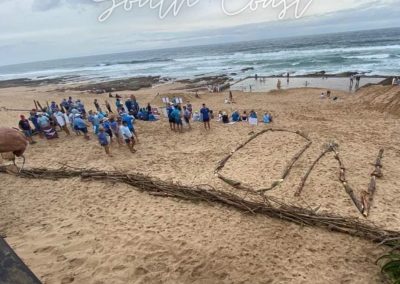 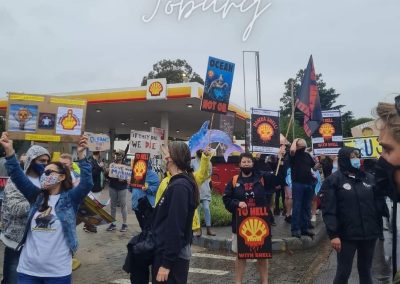 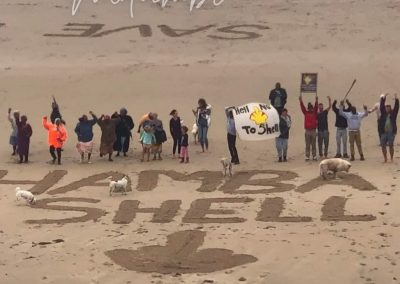 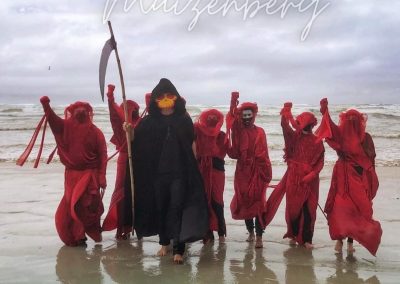 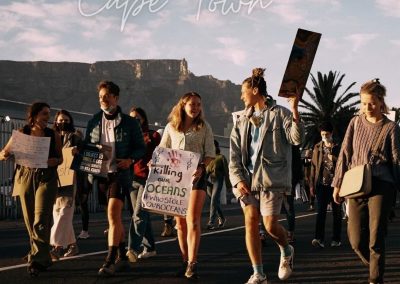 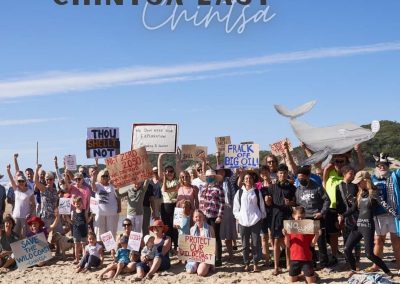 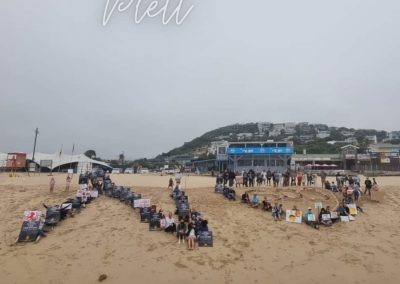 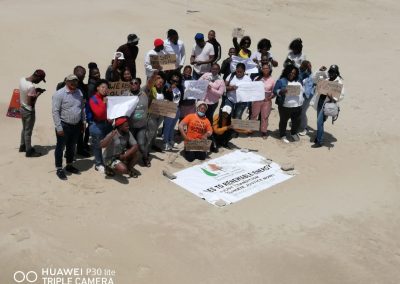 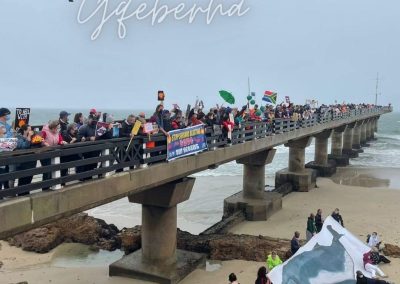